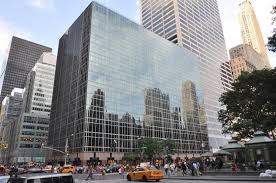 A river of suits coming down 7 escalators of Bankers Trust at 130 Liberty street on Friday at 5 pm was an almost scary view. The massive size of workforce alone was enough to shock, but if you think about the meaning behind it, it offers a very different lesson. Hundreds, and at times thousands of employees at large banks and brokerage firms, crammed inside a number of floors at generally aesthetically pleasant buildings was a sign of strength. Even after mergers and acquisitions made Citi the largest banking employer, the ‘too big to fail’ concept wasn’t going to motivate firms to get smaller. IBM’s training programs of the 1990s were legendary, as they built unusually effective teams. Bullpens were becoming more popular not just on trading floors, but also in almost any large sales environment. Human curiosity wasn’t only limited to travel to other countries to see other cultures. It also had an impact on how people in every metropolitan city interacted. A true American metropolis, like New York, would see people from Europe, Asia, Middle East and Africa work in constant and direct proximity of each other, enriching their outlook on the way others lived and functioned.

As recently as 10 years ago, each employee still had over 210 square feet of personal workspace in every office. Even discounting the shared spaces, made so popular by companies like WeWork, that space shrunk by over 20 feet in less than 10 years. As a frame of reference, in order for a closet to be called a ‘walk-in closet’, it has to be larger than that. Executive desks and chairs were replaced by small efficient desks and tiny chairs, if not standing desks. Even cubicles no longer had large raised walls around every employee. It worked fine, as paperwork was largely eliminated with technology advances, and the only item often found on an employee’s desk would be their computer screen, or two, if so a job demanded. Crammed in tiny spaces and often surrounded by coworkers with no personal connection, such lack of personal space could have a negative impact on a person’s psyche, yet how does a company balance off the desire to save money on rent, while hiring lots of people?

The answer seemed simple. 37-40-hour work weeks became as distant, as century old relics, and the desire, or at times necessity, to climb the corporate ladder, or even to earn enough to pay the bills, left little space in the old noggin to think about much else. In 1990 average US worker spent about 36 hour per week in their office. By now, any ‘corporate type’ would laugh at spending less than 50+ hours per week working. Some of it is the fact that highly skilled labor, such as attorneys, who unlike traders aren’t limited by when they can work, increased in size exponentially. Even without highly specialized jobs, NY residents spend over 49 hours per week commuting to/from work and working. Some of it is attributed to the never-ending race toward wealth accumulation. Average household income in Manhattan is over $130, 000 per year, which may seem like a lot, till you realize that your rundown 2-bedroom Harlem apartment costing you $2,500 per month is an absolute bargain, and in midtown it would add at least an extra $1,500 per month. NY trains running poorly, even if much better than 20 years ago, cause real issues for out-of-borough residents, commuting 1+ hour one way to work, as they simply can’t afford to rent anywhere in Manhattan on a $55,000 executive assistant salary.

Still, New York City, just as other heavily populated hubs, offer not just superb exposure to various cultures and activities, but the greatest job opportunities in unprecedented numbers. In 1980s, it was possible to work at the same firm your entire career. Then came the 2001 recession, and most firms, offering generous pension plans to employees with 20 or 25 years of loyal work there, dropped that benefit, often ‘buying out’ those with 19 or 19.5 years, just shy of their retirement, threatening to lay them off, if they refuse a buyout package. Now, average length of employment at same firms ranges between 2 and 5 years, depending on profession, and new hires are made to replace others, or to expand growth, causing for a dynamic work marketplace. On top of that, new firms/startups, while having less employees, tend to hire a lot of people, as they grow from 1-2 employees, typically founders, to 100+ by the time they are acquired. Just from 2010 to 2015, venture capital firms increased their investments in new firms by more than twice as much to New York startups. More money means more hires, often making rent and salaries the highest expenses for many firms. Technology firms didn’t even have to buy goods, like manufacturing ones from the previous generation, minimizing their expenses. As a result, average office rent in New York City was over $90 per square foot by 2019. From 1990 to 2010, price literally doubled.

Enter the second quarter of 2020. Covid-19 got everyone working from home or waiting for their unemployment benefits to finally start paying. Even after New York ‘flattened the curve’ and offices were allowed to have employees return, most are either apprehensive toward commuting to and spending time at closed spaces symbolizing the opposite of social distancing. Morgan Stanley already issued a report on diminishing need for office space, with most landlord still in denial. Nonetheless, the truth remains, that work continues, and most employees don’t really need to commute to offices in the age of high speed internet connections. Some industries, like real estate leasing, fashion, hospitality and similar, need the physical access to others to do their work, but those were never really in offices anyway. Even from a purely personal standpoint, the mixture of cultures, personalities, and the necessity to be tolerant of it all in the age of political correctness, actually made it more difficult for coworkers to coexist in confined spaces. Automated processes, made possible by technological advances, eliminated the necessity to micromanage and oftentimes even train.

Time will tell what the future holds, but for every embarrassed news anchor forgetting to put on his pants before broadcast, or a seemingly out of control TV journalist, there are countless overworked employees, celebrating the no commute option, cleaner homes, more time spent with children or just down time.